Our Future Could Be Involved With A Drone Swarm

Once expensive, underpowered toys with a nonexistent battery life, consumer drones can have become surprisingly advanced. Moreover, as drones become more affordable, it is possible for consumers to compose a drone swarm – meaning a collection of drones hovering together.

Drone swarms have been a hot topic of late, as a number of recent incidents have highlighted how effective a drone swarm can be in a military capacity.

BELOW ARE SOME OF THE POTENTIAL WAYS IN WHICH A DRONE SWARM COULD INVOLVE OUR FUTURE WITHIN THE NEXT 10-15 YEARS.

The obvious application for a drone swarm is to use drones in a military capacity.

Drones may be small, with some weighing five pounds or less, but drones can cause devastating results if the drones are armed and there is a legion of them to contend with.

The upshot for those considering a drone swarm is that human lives are not being put directly into the line of fire. Drone swarms can be operated remotely, with the operator safely hidden miles away.

Drones can also fly autonomously, or they can be used as “bodyguards” for troops operating ground vehicles or helicopters. If someone is making a targeted strike, only one drone needs to get through to be potentially effective.

As Daniel Miller, chief engineer for High Energy Laser Integration at Lockheed Martin Skunk Works notes, “Because of their size, drones are difficult to see, hard to catch on radar, and hard to shoot at with conventional weapons, particularly in swarms.”

While one drone is innocuous and unthreatening, a drone swarm is a potential migraine for the person or entity being swarmed. This line of thinking has undoubtedly occurred to every military body in the world, but is especially topical in the United States.

The U.S. is rightly sensitive to terrorism, and thus attuned to the latest militia-style ploys. There was a recent incident (January 2018) in which drone swarms attacked the primary Russian air base in Syria.

According to Russian military representatives, the drone swarm of consisted of “fixed-wing drones, which were made of plywood and loaded with explosives”.

Per the report above, the Russian air base was attacked with thirteen drones – all of them significantly more crude than something like a DJI Phantom 4, which is available commercially – and due to how unconventional and unpredictable this type of strike, it took the air base a considerable amount of time and effort to disable the drones.

If a drone swarm consisting of plywood-constructed drones can cause an air base to sweat, it’s a concept that deserves dedicated attention from military representatives everywhere.

Accordingly, the U.S. commissioned a National Academy of Sciences study on drone swarms. The results of the study suggested that small, consumer-grade drones could be used in swarms to “effectively attack American infantry with onboard bombs.”

More troubling was that “kinetic defenses” – meaning explosives and guns – were largely ineffective against drone swarms because drones are so maneuverable compared to conventional military weapons.

As the study notes, “Kinetic counters, such as shooting down a single, highly dynamic, fast-moving, low-flying hobby aircraft with small arms (rifles, shotguns, and light machine guns), are extremely difficult due to the agility and small size of sUASs (Small Unmanned Aerial Systems).”

Drone swarms are clearly a way in which a country or entity with a limited military budget can level the playing field. It does not take billions of dollars to put together a dozen payload-carrying drones and gamble that one of them makes its way to the desired target.

But the growing use of drone swarms is not entirely bad news. The use of drones has the potential to spare lives on both sides of a given conflict, as a drone swarm can be used in a military operation such as reconnaissance.

In his address, Mr. Roper noted that drones are capable of entering combat zones to collect data without endangering human lives. An additional benefit of this approach is that drones, by comparison, are not nearly as expensive as the machines currently used in this type of operation.

The systems are currently a work in progress, but Mr. Roper also noted in this address that the U.S. military already possesses most of the technology needed to achieve this new initiative.

In any event, military intelligence across the world has come to recognize the potential value and applicability of drone swarms. Rather than sending soldiers, warfare in the not-too-distant future could consist of drone swarms from both sides and the accompanying countermeasures. 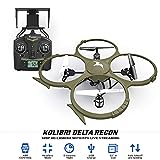 In a similar vein to military use, the applicability of a drone swarm has growing appeal to law enforcement agencies across the U.S., most of whom are under strict budgetary constraints.

There have been a number of incidents recently in which drone swarms have been used to obstruct law enforcement. This problem has become so prevalent that the term “drone crime” has been added to modern law enforcement lexicon.

The issue is that there is no current legislature corresponding to the use or misuse of drone swarms. Law officials are trying to fast-track a number of amendments into the Federal Aviation Administration’s constitution, two of which would make it illegal to “weaponize” consumer drones.

The term “weaponization” is a very loose term as it concerns drones, but the use of consumer drones to swarm police officers as they attempt to bring suspects into custody – among other criminal misuses – has become a pressing issue.

At a recent conference called Xponential, FBI representative Joe Mazel stated that counter surveillance of law enforcement agents is the most rapidly-growing way in which drones are used for organized crime.

Another issue is the use of drones in burglary. A number of burglars have successfully used drone to “case” homes and detect weak spots for forcible entry. Moreover, this type of drone crime has become shockingly pervasive.

Burglars may not use a drone swarm in this fashion, but it highlights how criminals are applying drones to their advantage. The sky is seemingly the limit in terms of how law-breakers

In response, law enforcement officials may want or need to develop their own drone swarm tactics as countermeasures. In the meantime, police have successfully implemented drones in enforcing the law and even protecting lives.

There was recently an incident in which 5-year-old Ethan Gilman was abducted by a deranged man named Jimmy Lee Dykes. The perpetrator held the boy captive on his 100-acre property. While police worked on hostage negotiation with Dykes, drones were able to surveil the property and assist in the boy’s eventual rescue.

The use of drone swarms in law enforcement is in the embryonic stages. But futurists across the globe predict that drones will aid police everywhere in better protecting their local communities.

As Tijuana police chief Alejandro Lares stated about drones, “It’s like having 20 officers on patrol or more.”

Because drones are relatively inexpensive, cost is not a deciding factor even for a department on a limited budget. Lares stated that his department pays about $12,000 annually to operate and service a team of drones, and that the drones were invaluable in helping to prevent burglaries.

Chief Lares went on to say, “even the bad guys … they’re going to know now there’s something in the air that might be watching them … It may be a small step in community policing, but it’s huge for our future.”

And much like the military, the main appeal of using drones in law enforcement comes down to not needlessly risking the lives of police officers.

For example, the San Jose (Ca.) Police Department plans to use drones in bomb detection, so that officers are not placed into potentially-deadly situations unnecessarily.

Unfortunately, the purchase of a drone was placed under public scrutiny, and the SJPD had to release the following statement:

"SJPD intends to use the UAS (Unmanned Aerial System (primarily to access potential explosive devices and avoid exposing police bomb squad personnel to possible hazards. The UAS can be flown over a device to obtain images that would assist the bomb technicians.”

The SJPD went on to state:

“Another possible use would be for situations that threaten public safety. These could include dangers such as active shooters, hostage taking, or other such tactical situations where lives might be in immediate danger.”